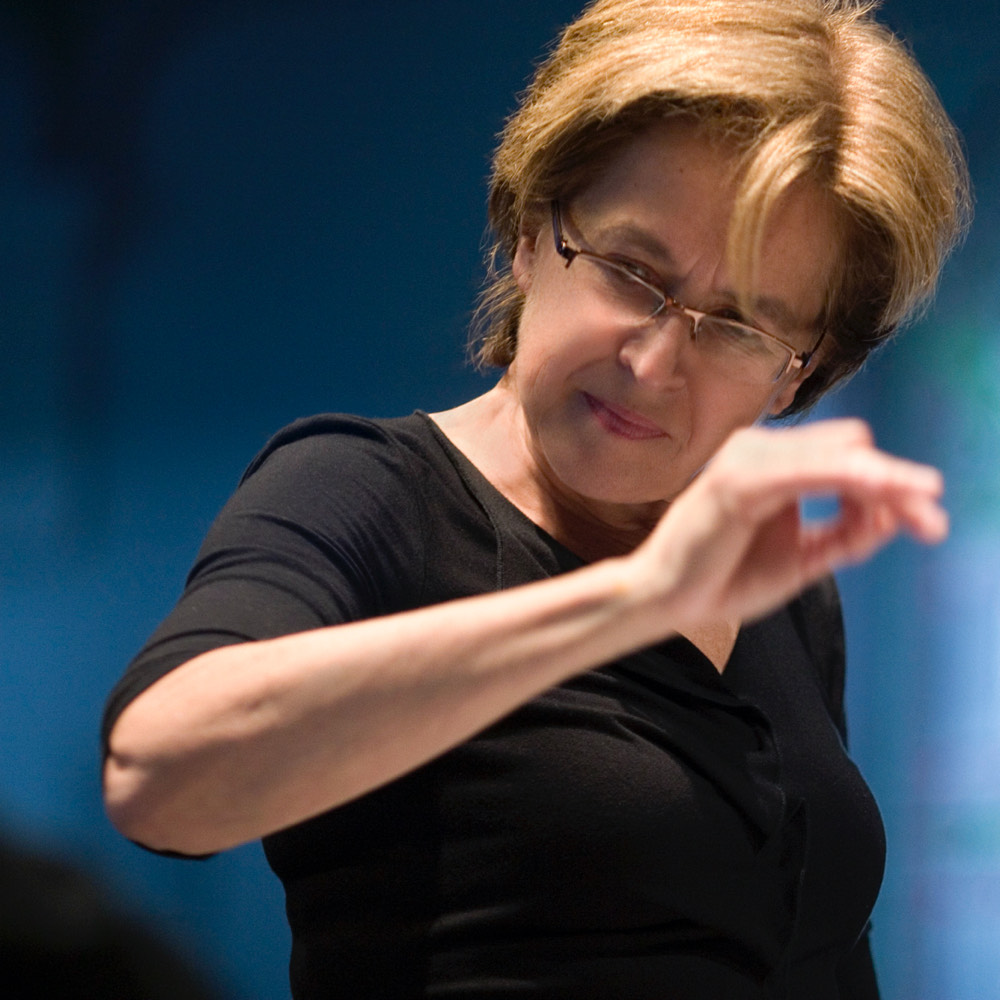 A conductor and pianist, Lorraine Vaillancourt is the founder and Music Director of the Nouvel Ensemble Moderne (NEM), the ensemble-in-residence at the Université de Montréal’s Faculty of Music since 1989. A full professor at this same school since 1990, she led its Contemporary Music Workshop from 1974 until retiring from teaching in 2016.

Vaillancourt is regularly invited by different ensembles and orchestras, both at home and abroad. In Canada, she has conducted the Orchestre Symphonique de Montréal, the Orchestre Symphonique de Québec and the Orchestre Métropolitain; overseas, she has led the Orchestre de Cannes, the Gulbenkian Orchestra (Lisbon), the RAI National Symphony Orchestra (Turin), the Orchestre Philharmonique de Nice, the Ensemble Orchestral Contemporain (Lyon), the Ensemble Sillages (Brest, France), the Plural Ensemble (Madrid), and Les Percussions de Strasbourg. Vaillancourt is a founding member, along with composers José Evangelista, John Rea and Claude Vivier, of the Montreal concert society Les Événements du Neuf (1978 to 1989). In 1990, she was the driving force behind the creation of Circuit, a North American journal dedicated to 20th-century music. She was the president of the Conseil Québécois de la Musique (CQM) from 1998 to 2001 and subsequently sat on the board of directors of the Conseil des Arts et des Lettres du Québec (CALQ) until 2006.

Vaillancourt is also a member of the Royal Society of Canada and the Ordre du Bleuet. The recipient of an honorary doctorate from Université Laval in Quebec City in June 2013, she was named a Member of the Order of Canada (C.M.) in February 2016, in recognition of her considerable contribution to contemporary music. That same year, she received the Homage Award at the Opus Awards ceremony, as well as the Prix Denise-Pelletier granted by the Government of Quebec in honour of her outstanding career in the performing arts. In 2018, Vaillancourt was named a Knight of the Order of Quebec and, in 2019, was awarded the Medal of the National Assembly of Quebec, a prestigious distinction recognizing her major contribution to Quebec’s cultural life.

« … Lorraine Vaillancourt impresses one with the exceptional quality of her musical direction, which combines precision, intelligence and sensitivity (...) »
- Carol Bergeron, Le Devoir, May 5, 1989

« (…) Lorraine Vaillancourt uses all these elements, captures with finesse the complex texture of the works and interprets them with great intelligence, creating a whole with a complex architecture that has both fullness and depth. »
- Mayumi Tsuji, Ongaku BuyoShimbun (Japan)

The Nouvel Ensemble Moderne has been passing on its knowledge, sharing its passion and encouraging creation for over 30 years in Quebec, Canada and internationally. Your crucial support makes it possible for the ensemble to continue its mission, the impact of which reaches far and wide.